The clumsy dog ​​sleeps in the most hilarious poses

The favorite hobby of a dog named Howard is sleep. This handsome man really loves to sleep, but he chooses such strange positions for this that it is impossible not to smile. Take a look at this weird creature!

A dog named Howard is a cross between a Golden Retriever and a Labrador who happily lives with their owners in the United States. His favorite pastime is sleeping. Howard really loves to sleep, and does it in the most unimaginable and strange positions. 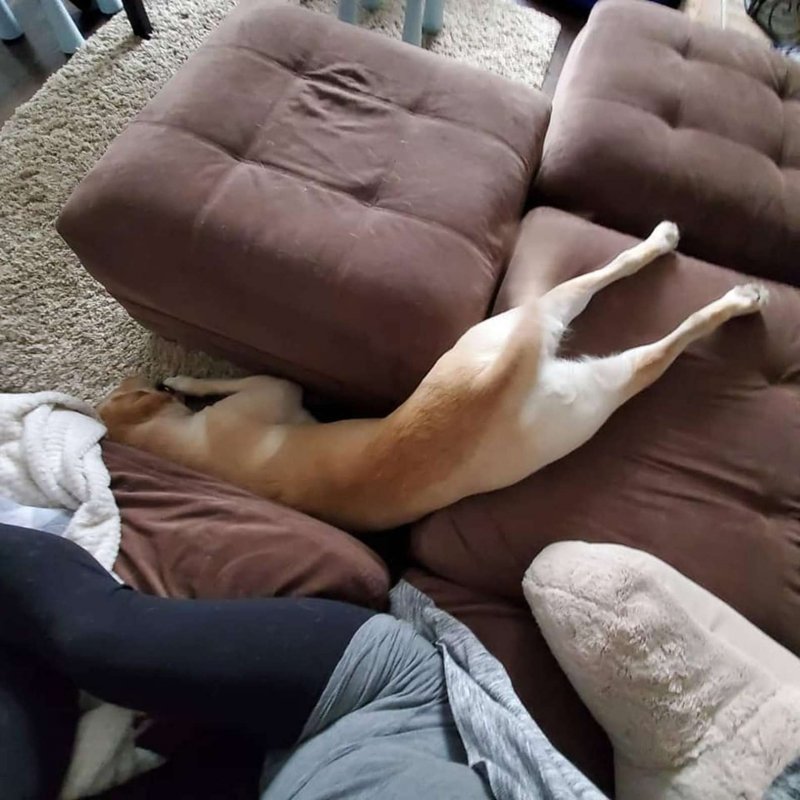 Howard is a big boy and weighs 45 kilograms. True, sometimes he forgets about it, climbing into the most inaccessible places and falling asleep in positions that seem to be as uncomfortable as possible. His owners have already collected a whole collection of his hilarious “sleepy” photographs. 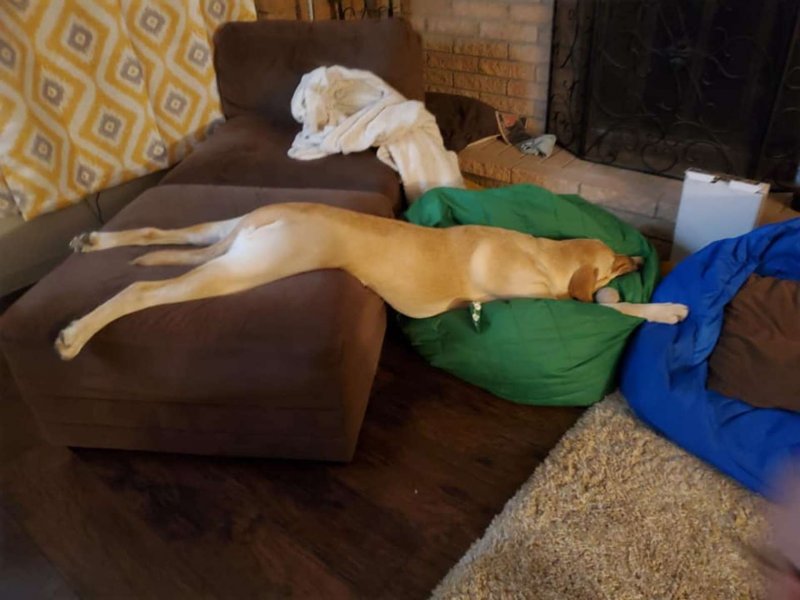 In his free time from sleep, Howard is engaged in tomfoolery, like any dog: “He is very clumsy, and can easily knock someone down when he rushes around the house. It’s scary when such a whopper runs at you, but sometimes Howard does not realize his size, “says the dog’s owner, Kimberly Spencer. 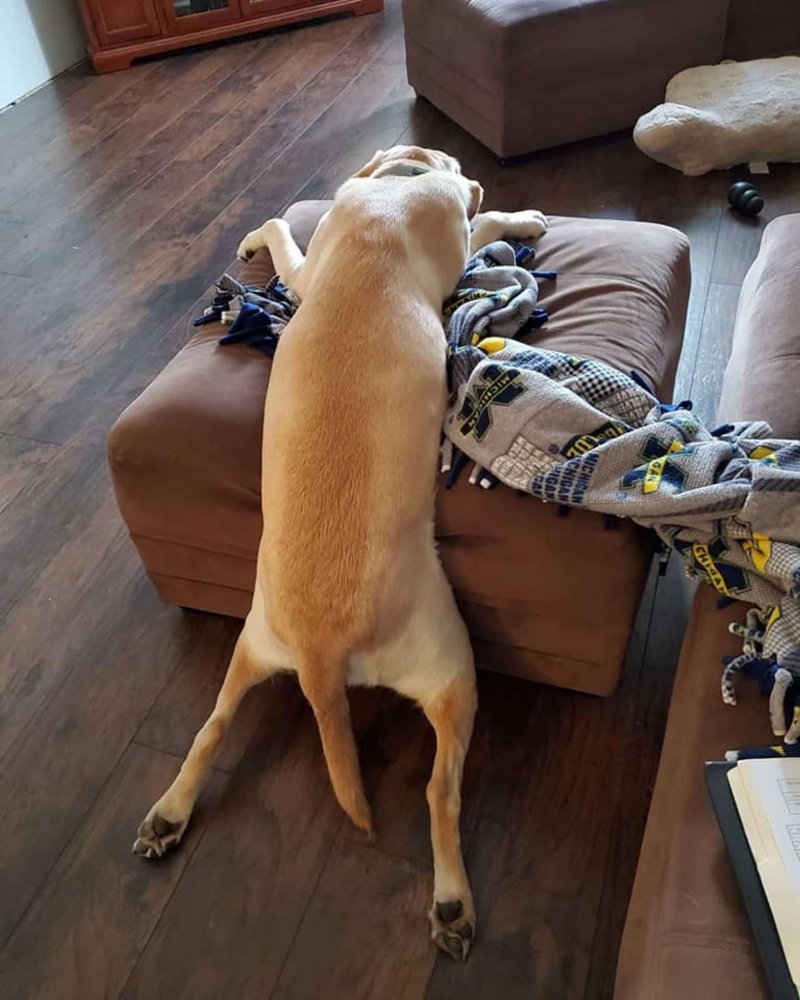 According to the owners, Howard sleeps in strange positions since the days when he was a puppy. His favorite place is a large ottoman by the sofa, on which he is ready to lie for hours. Take a look at this handsome man: 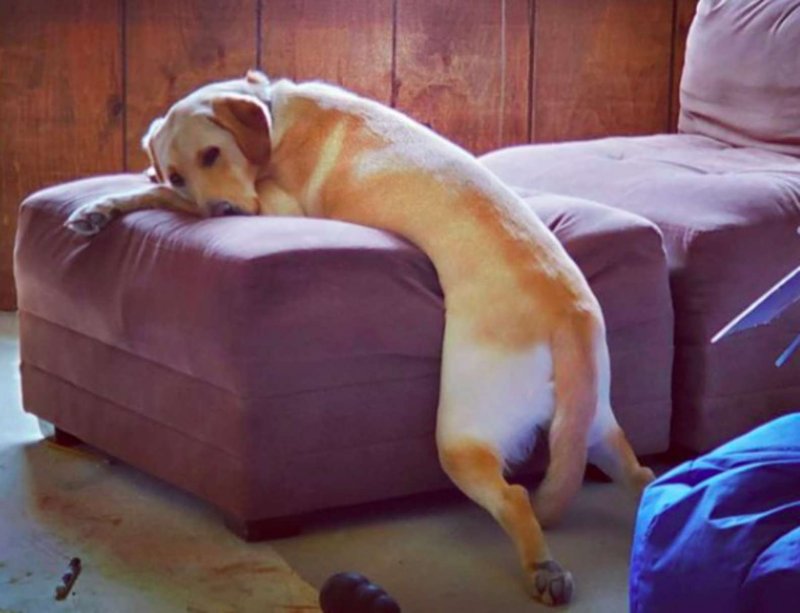 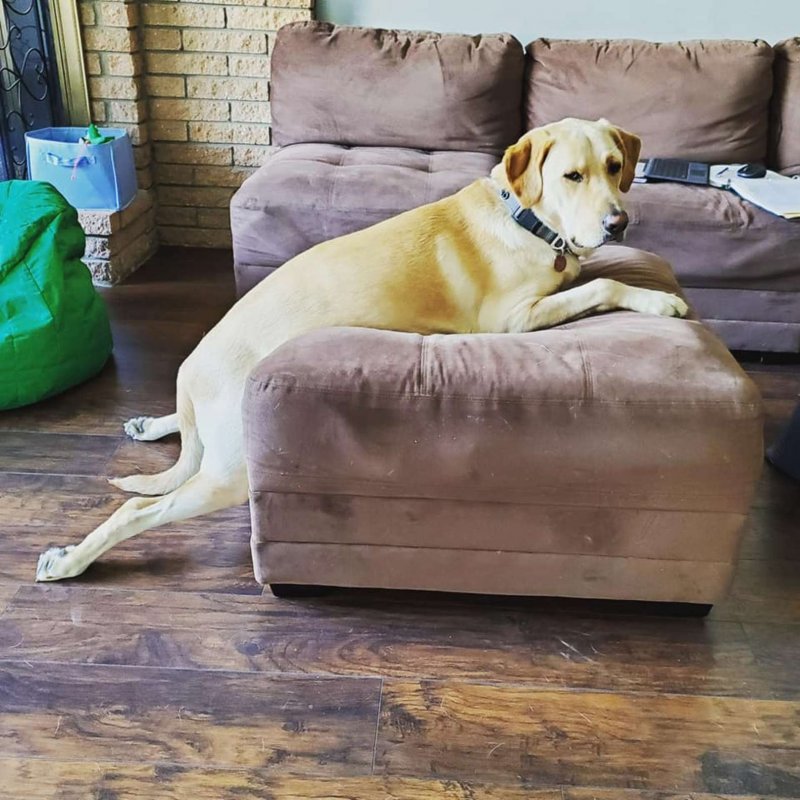