If you think your neighbors are weird, wait until you meet wacky Ballard Street residents. Jerry Van Amerongen’s stripe is a single-pane vignette about the area. From synced cell phone users to pet schemes, Ballard Street’s inventive scenarios and hilarious illustrations will make you pay a little more attention to your neighbors.

#1 He might want to check for any other “open areas” before he socializes. Ron’s a bit forgetful and we all remember the “open area”/ Mrs, Higgenpooder episode.

#2 Let’s see, is this because the receiver can’t run very far, or because the quarterback can’t throw very far? Or maybe because they forget the play if it takes too long? 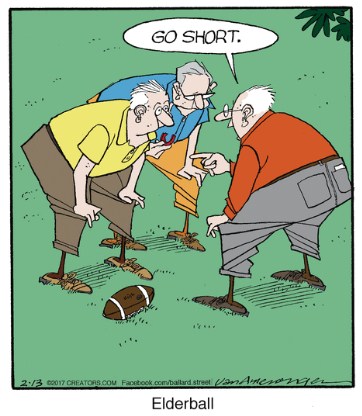 #3 He’s got a mind like a steel trap, that’s why they call him Rusty. 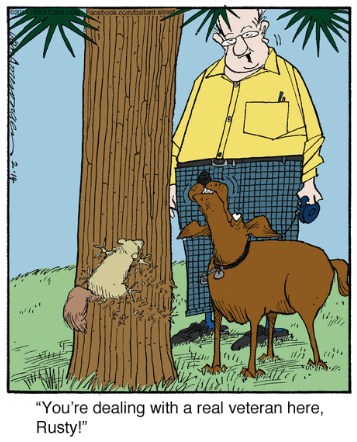 #4 For the man who has everything, and wants it documented. 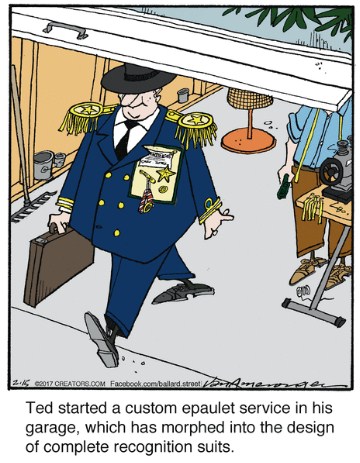 #5 Ginger, what is it you object to? We do not get much of a view of the structure. Is it Greek Revival? Craftsman? Cheese, everyone’s a critic. 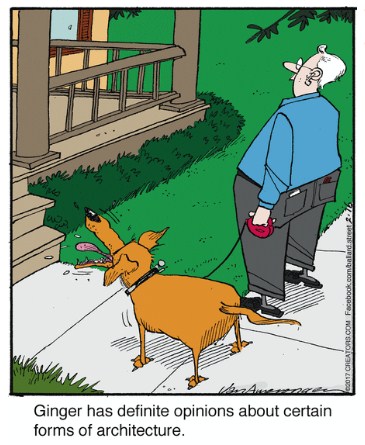 #6 Roland was a branch manager. Some people can’t let go. 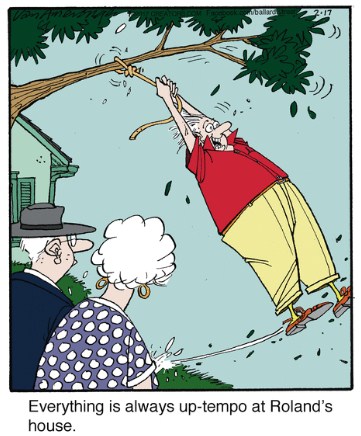 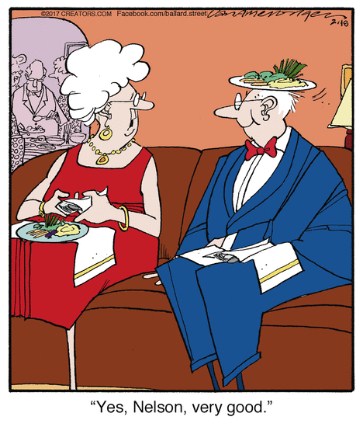 #8 It never liked him either. Ever since Arthur stood on it to hang up the wind chimes. That chair really hates wind chimes. 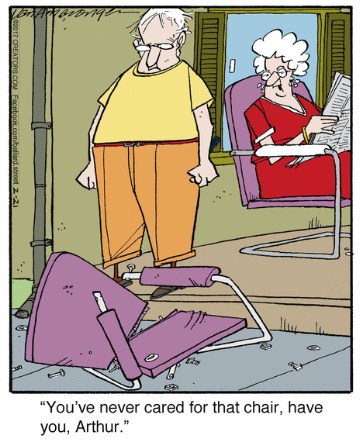 #9 Mabel, you have a very optimistic view of what goes on in Larry’s snap-trap head bone! I hope you are right! I do like his trousers! 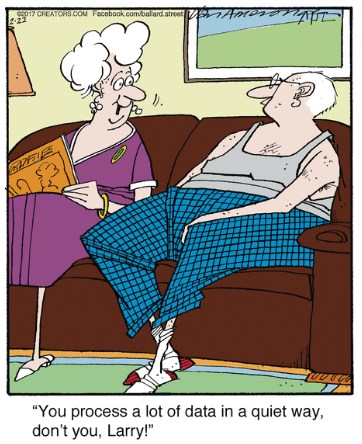 #10 And make sure you can work the remote with your teeth. 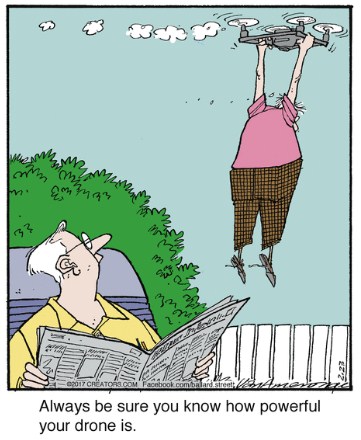 #11 I think I would rather cross the street. 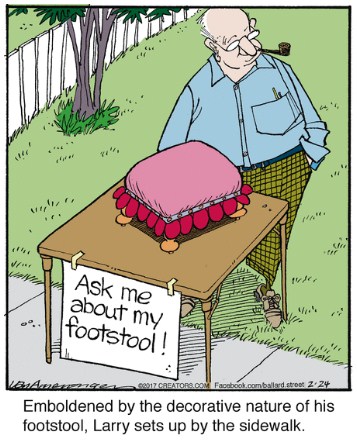 #12 Well first, how did he get up there, and second: what is the goal? Watch out, Ginger! 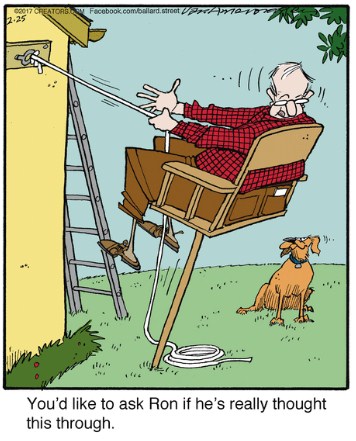 #13 This has been Norm’s rule of thumb for some time now. 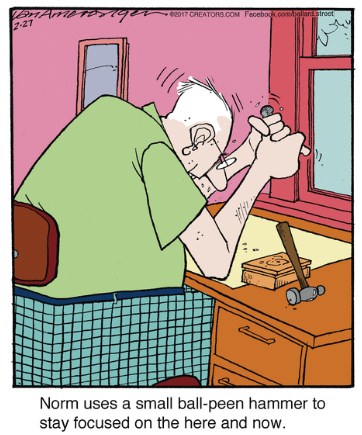 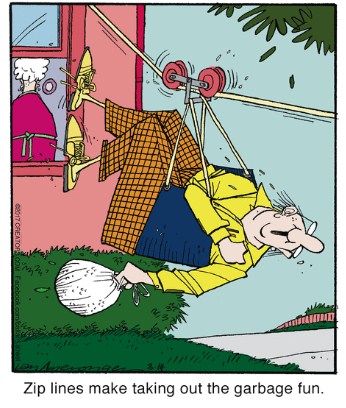 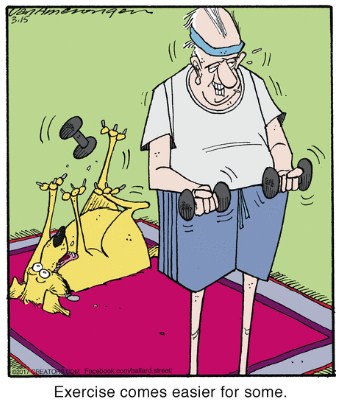 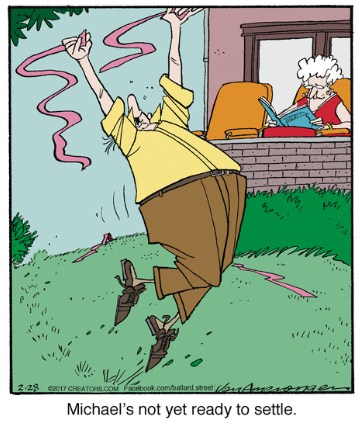 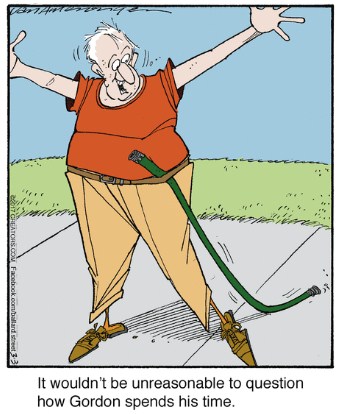 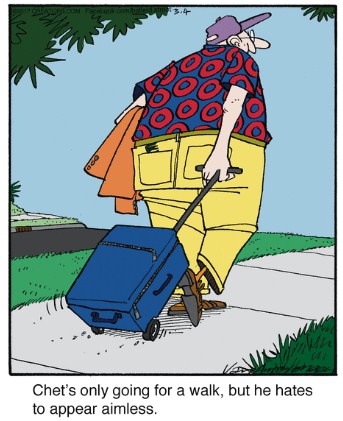 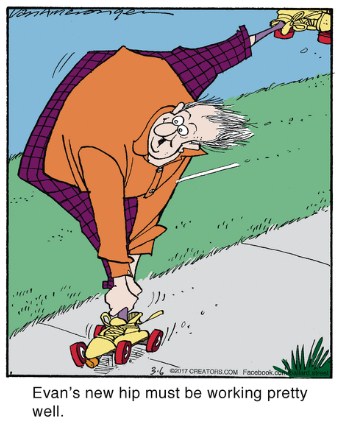 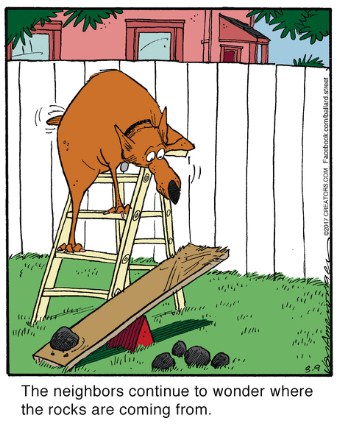 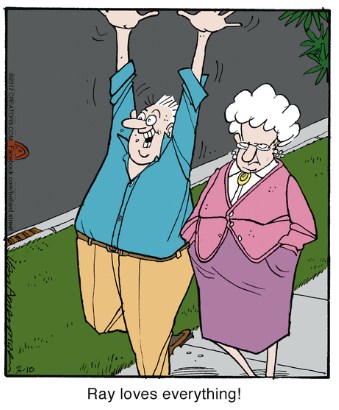 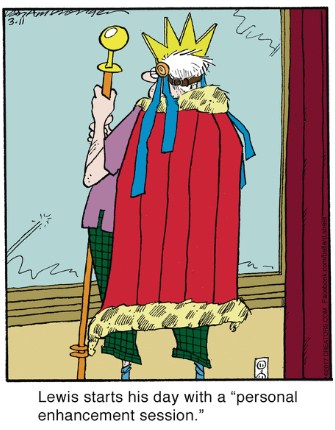 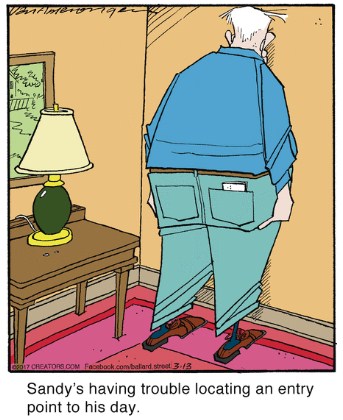 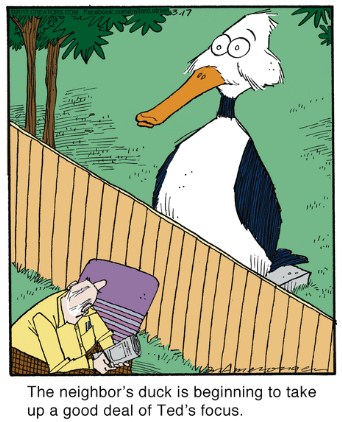 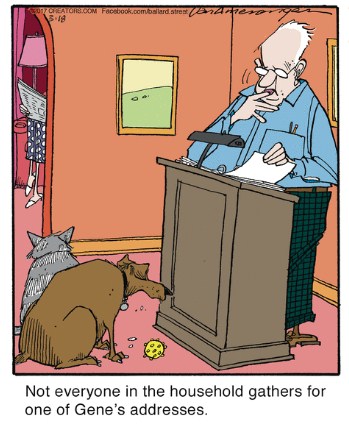